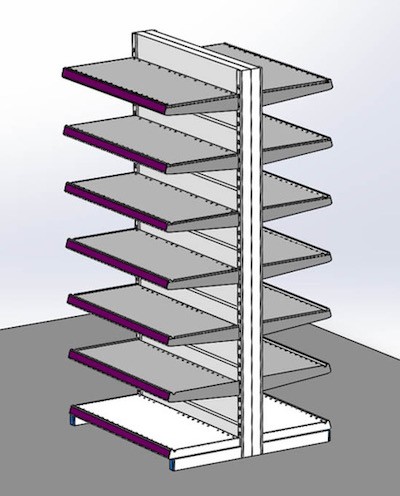 At the beginning of the 2000s, there was a great deal of interest from the sector of manufacturers of supermarket furniture. Those years were characterized by the rapid growth of supermarkets, especially what were called "discount" or "hard discount".

Therefore, at the same time, the suppliers of the furnishings (mainly shelving) also grew and soon gathered in the special furniture commission of UNI for the drafting of a supporting standard.

Leaving aside the whole story (sometimes troubled) in 2002 the UNI 10988 standard was published.

After eighteen years and many changes in the normative scenario, especially European (EN standards) in July this year the revision of standard has been published (read more).